The lively center of Freudenstadt forms Germany's largest enclosed market place.
It measures 219 x 216 meters and was built in 1599 according to the plans of master builder Heinrich Schickhardt. The floor plan is based on the Nine Men's Morris game board. Initially, the city builder Herzog Friedrich I. of Württemberg planned a castle in the center of the city. After his death, however, this plan was not followed. What remained was Germany’s biggest market place. 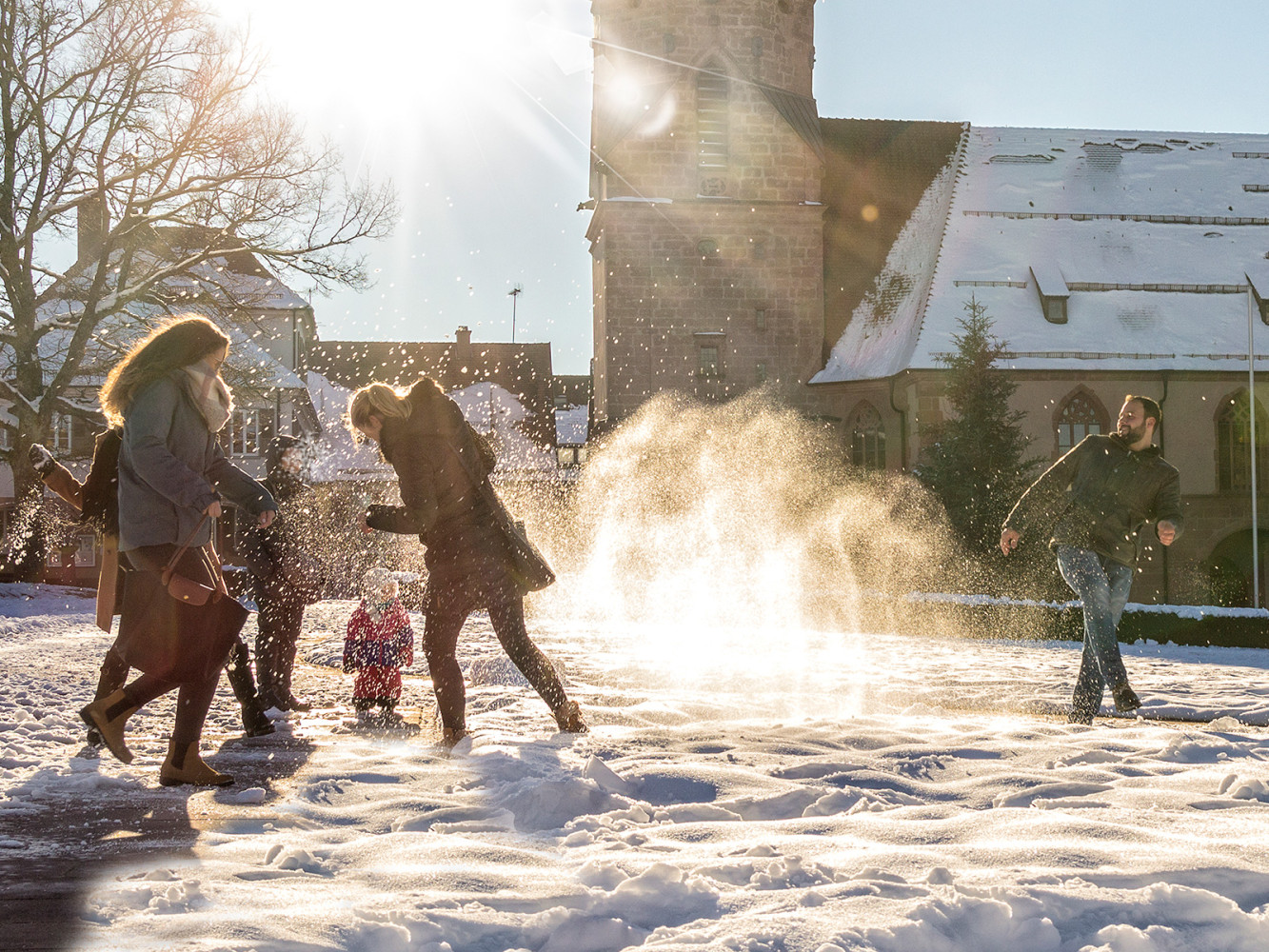 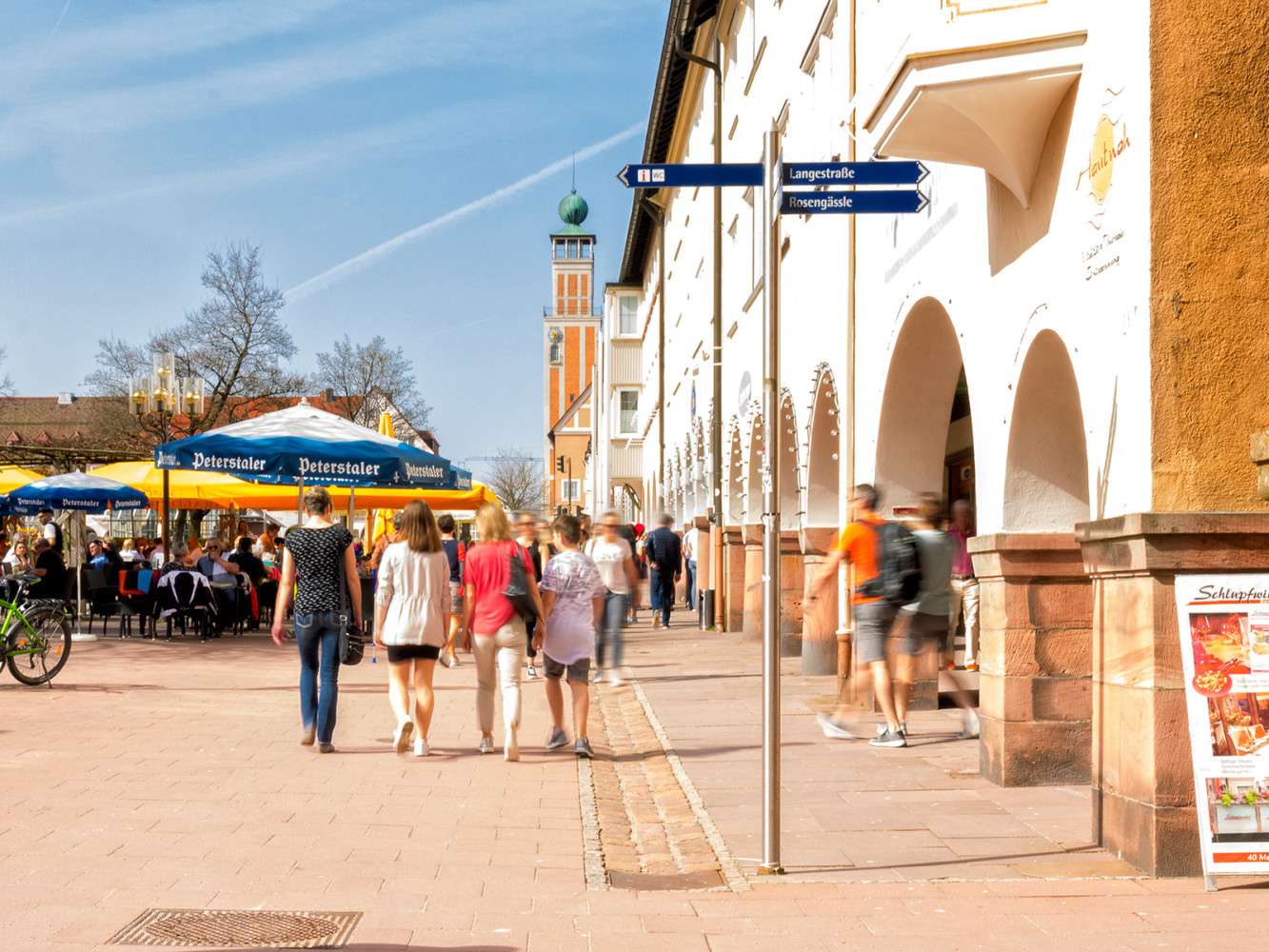 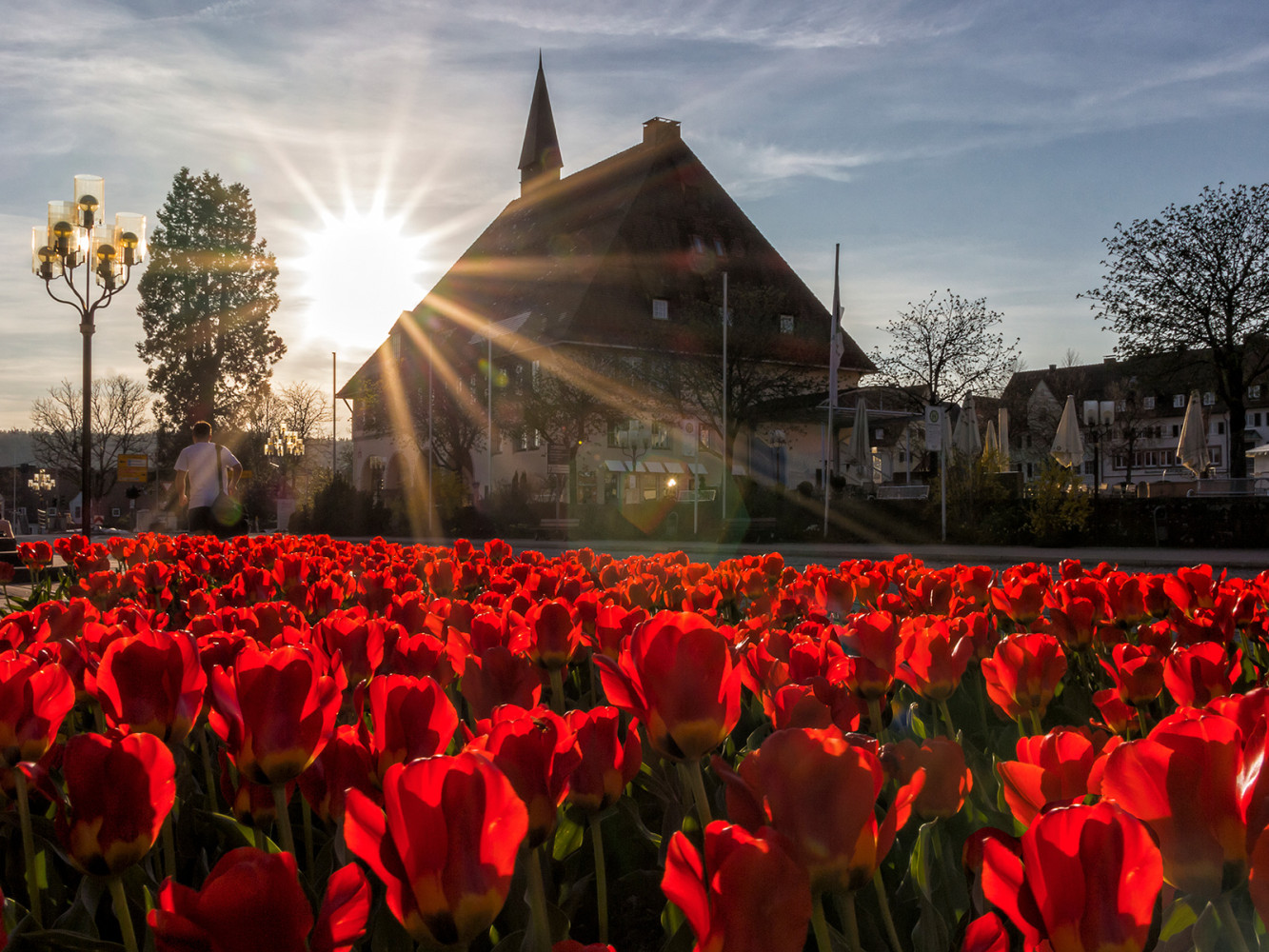 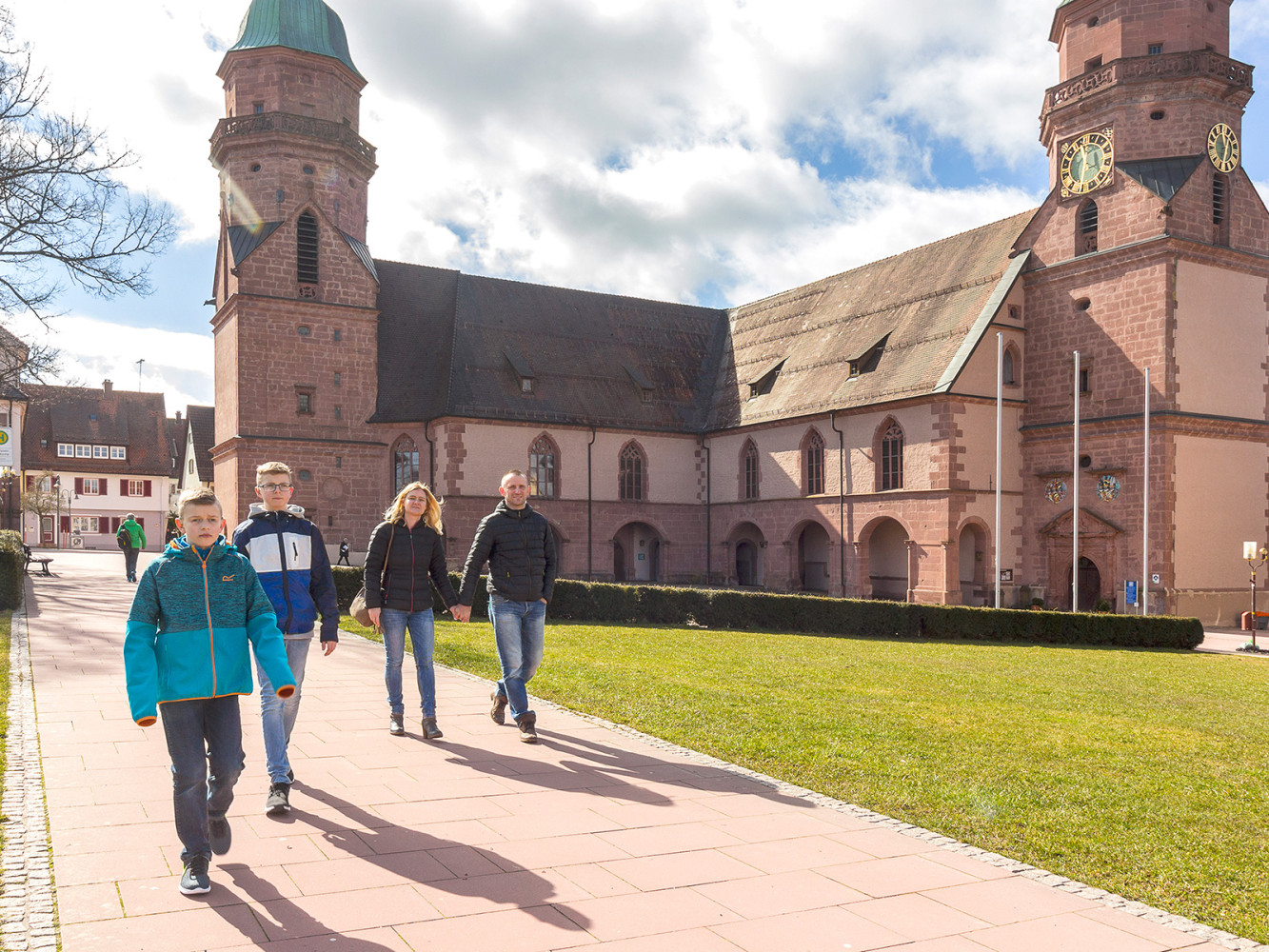 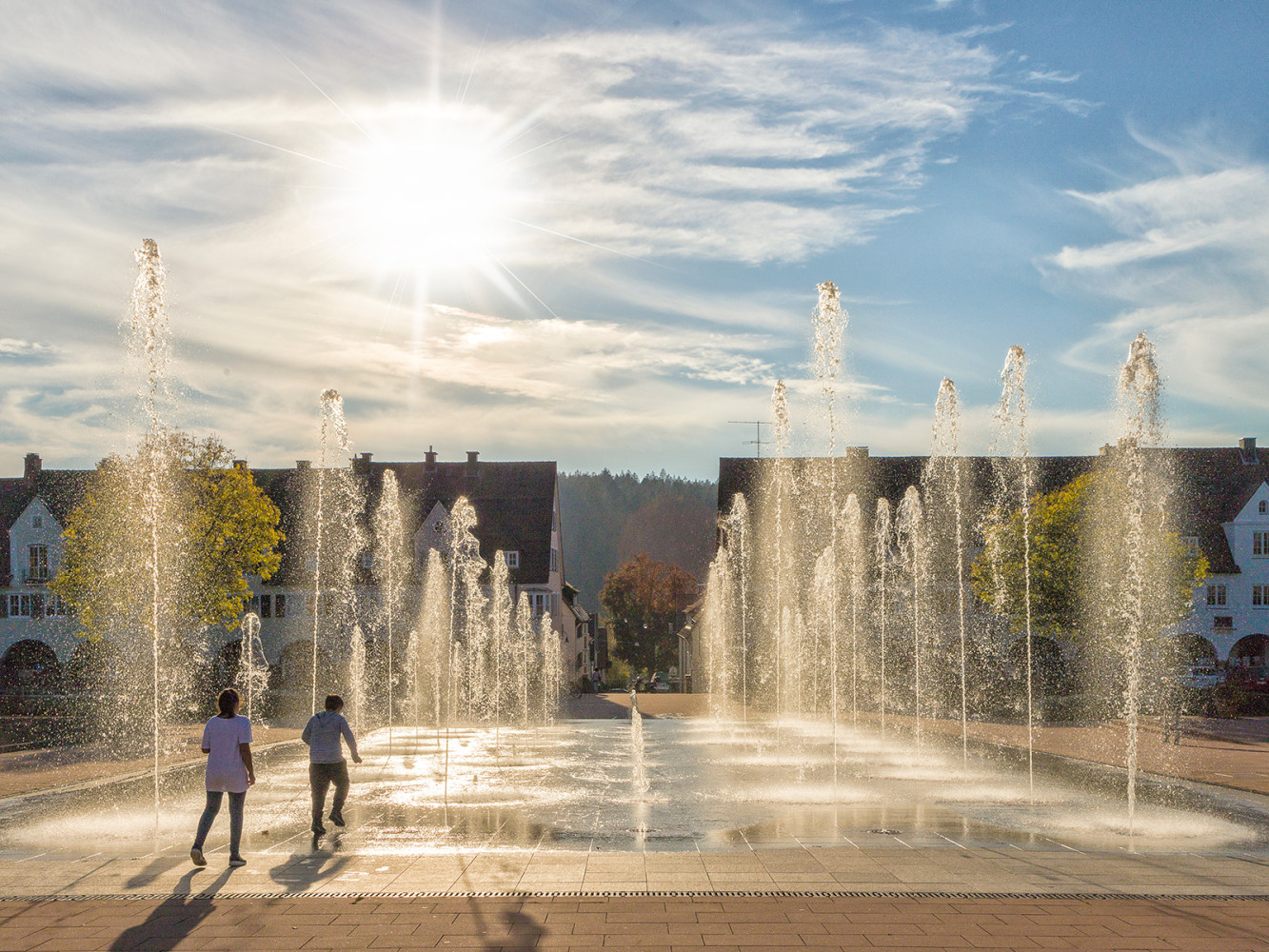 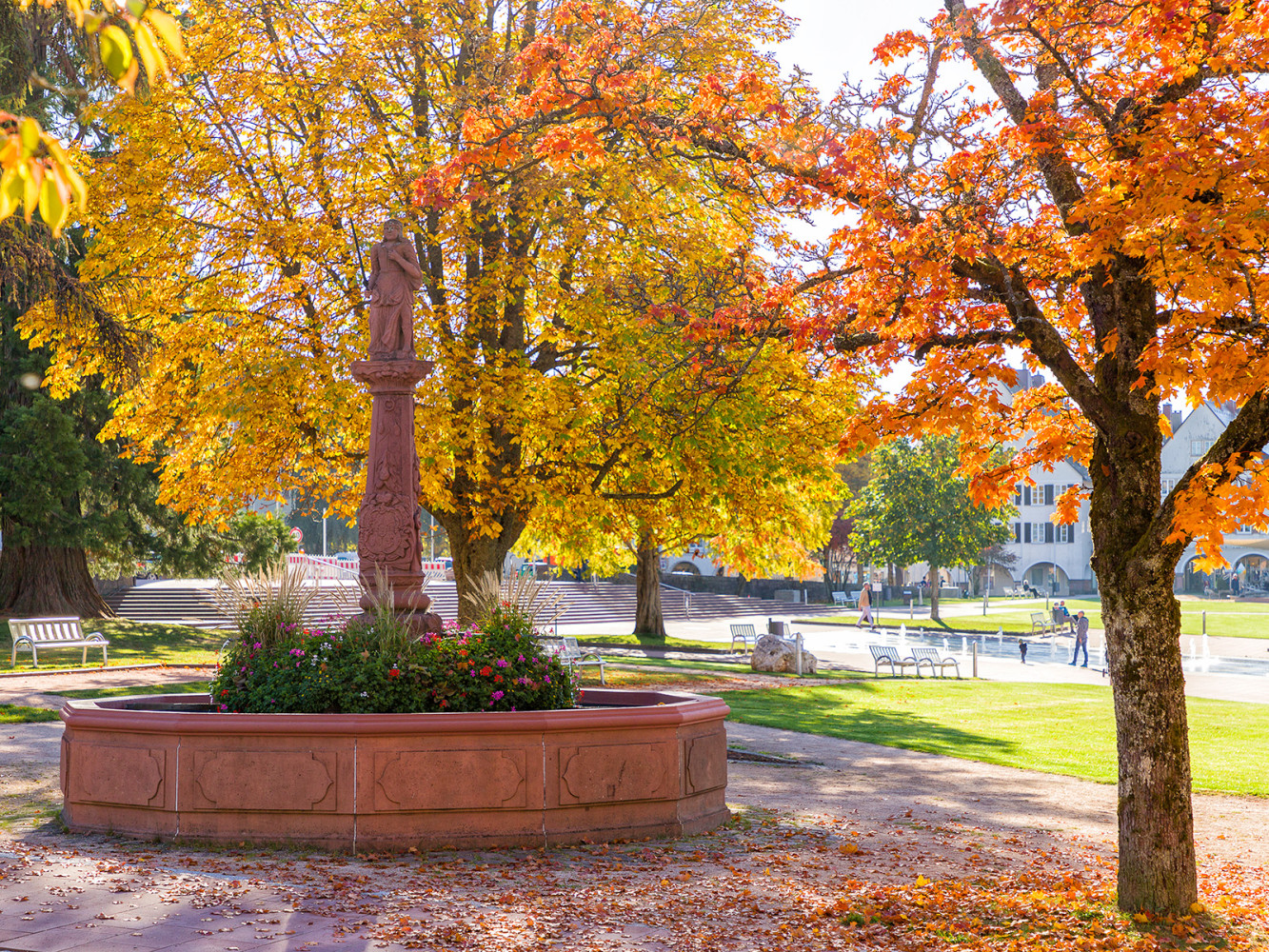 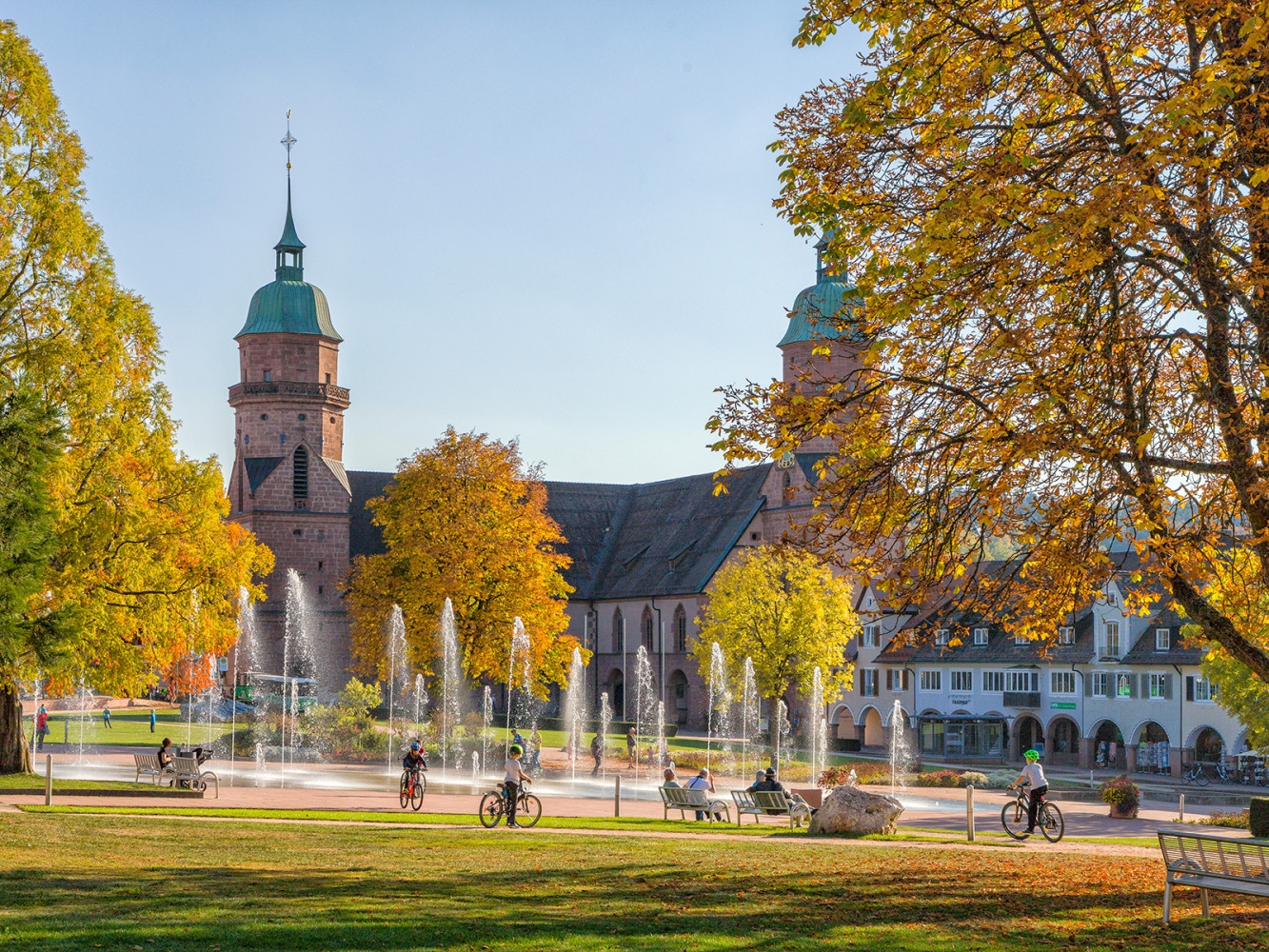 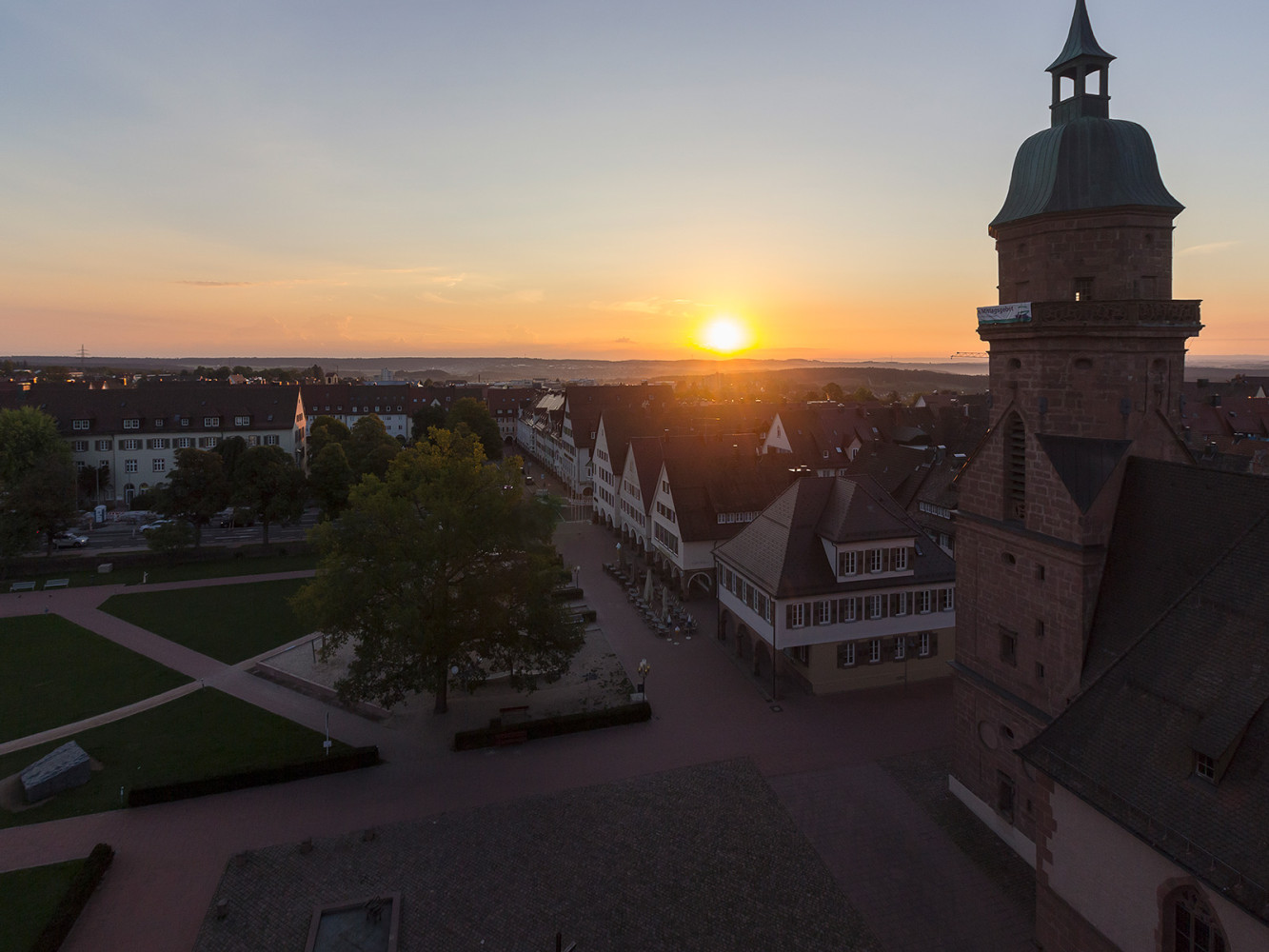 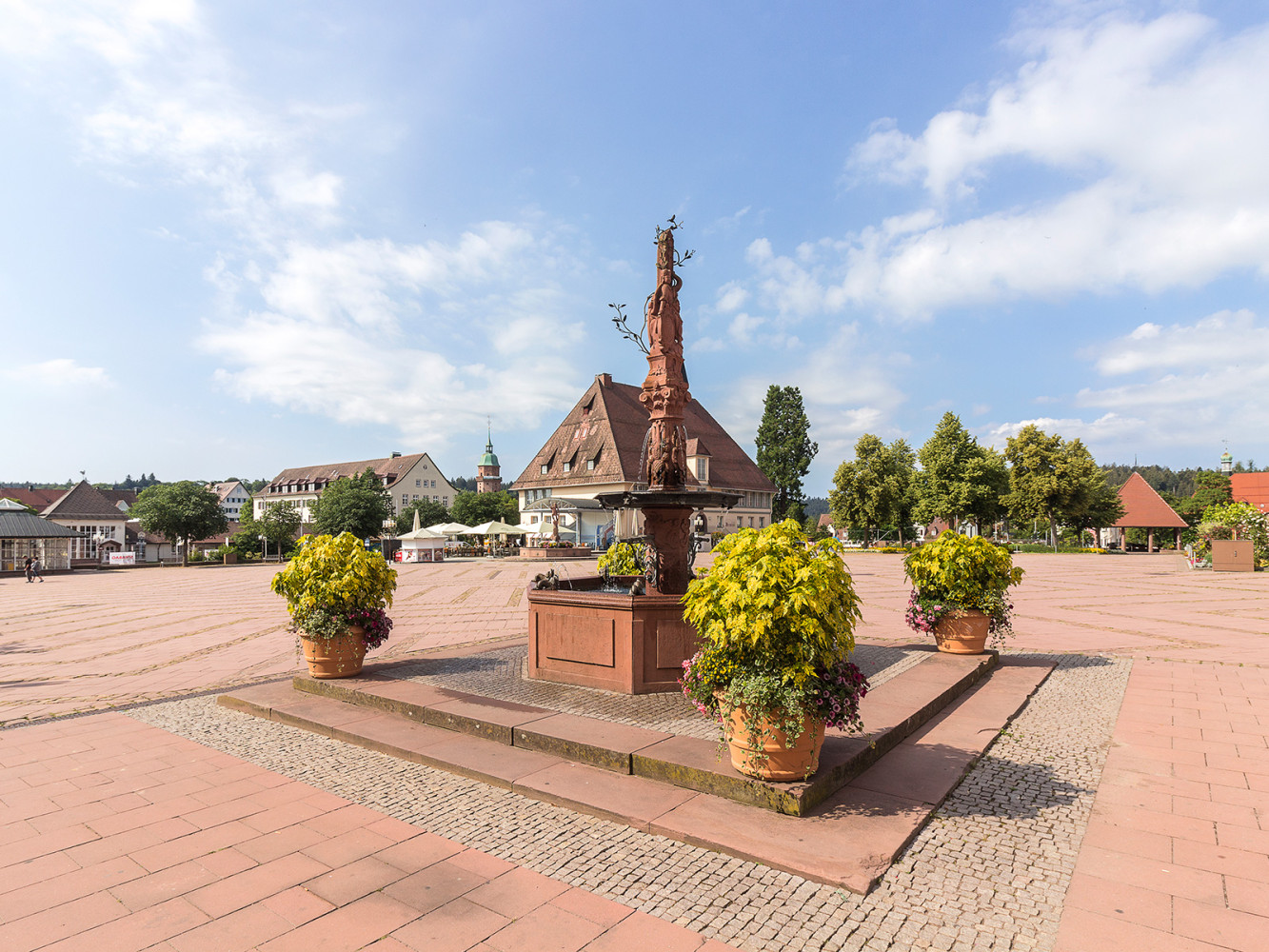 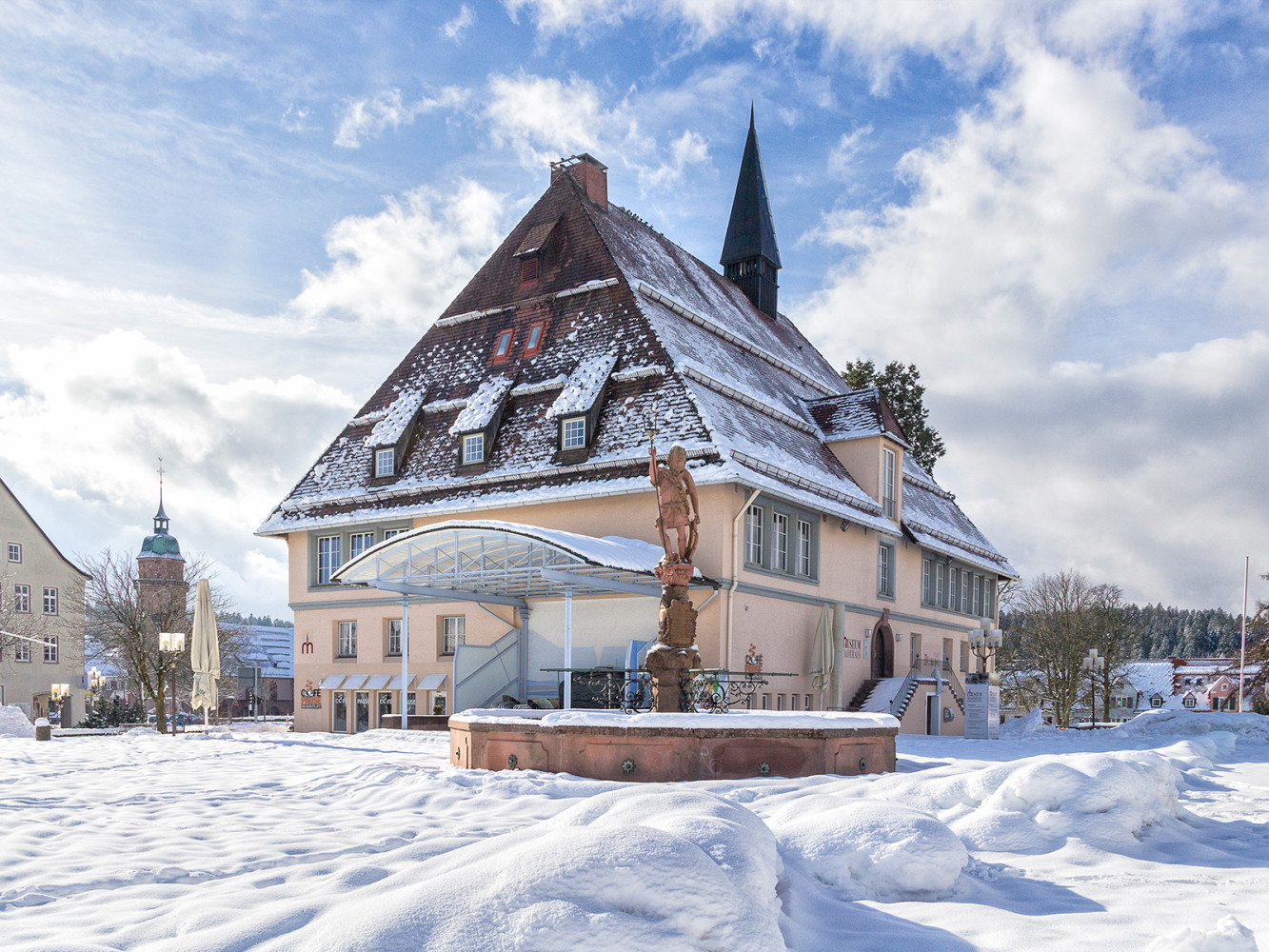 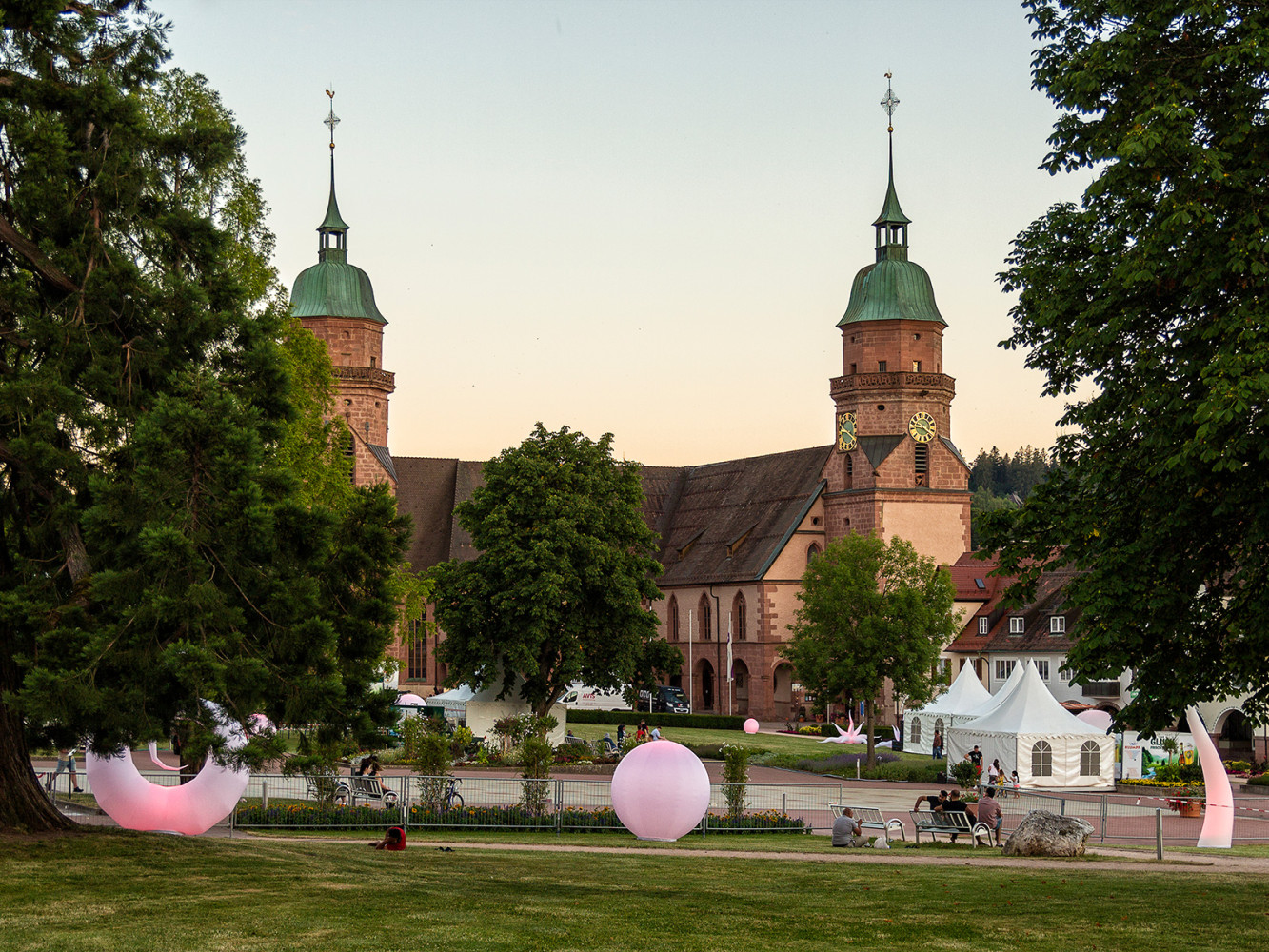 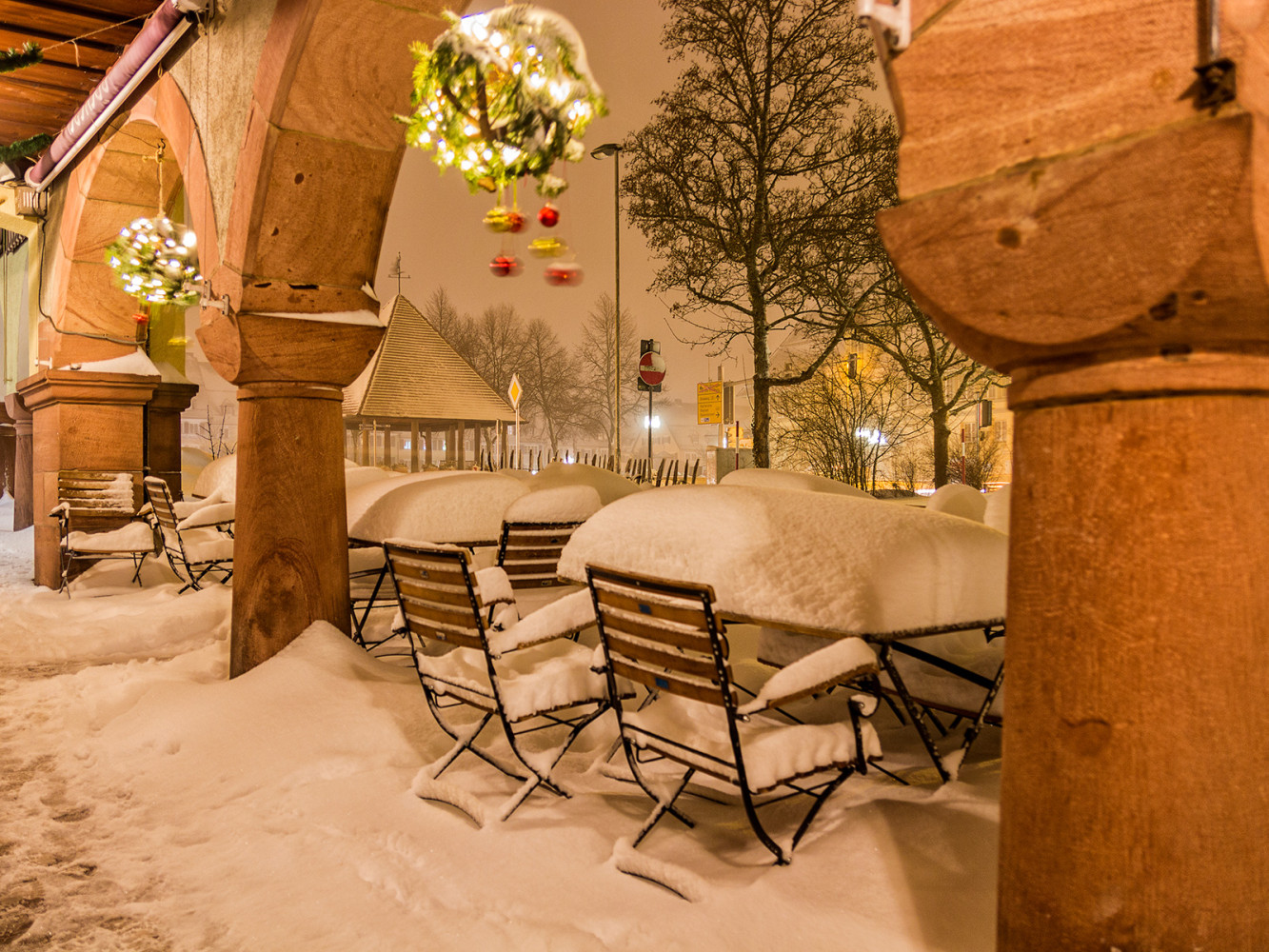 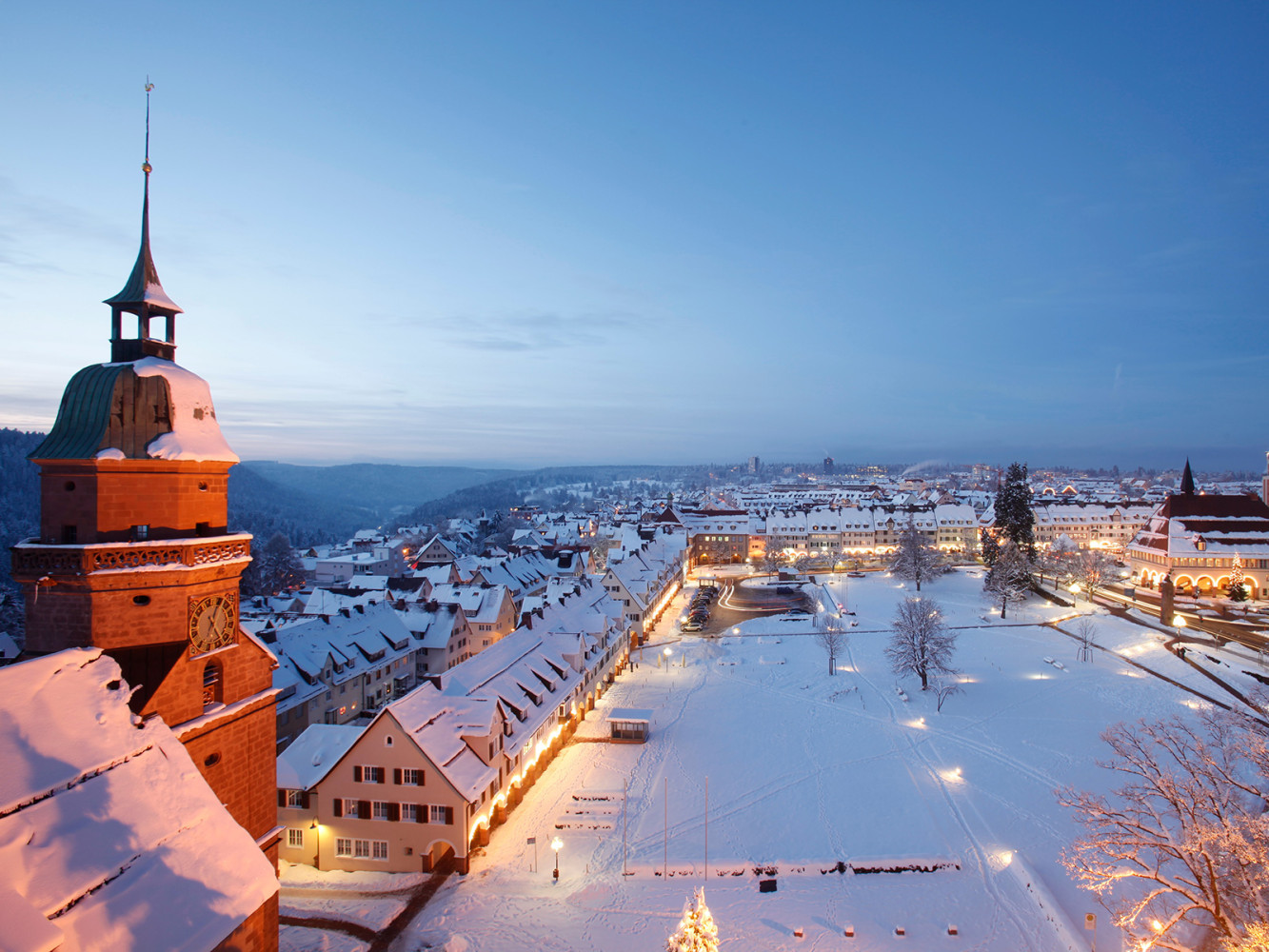 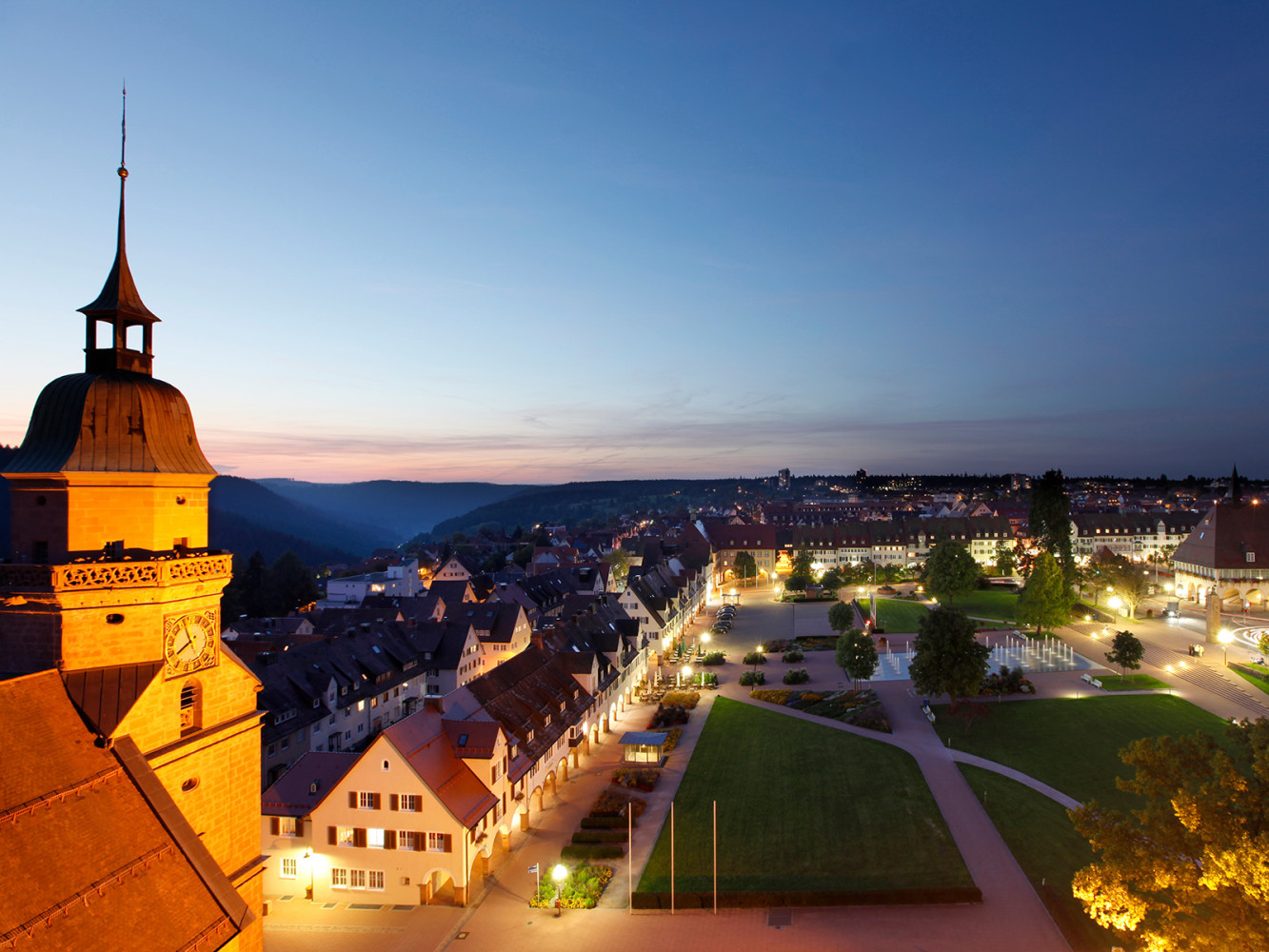